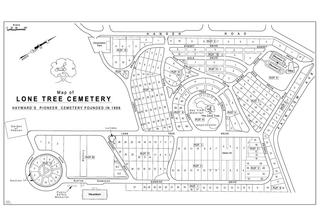 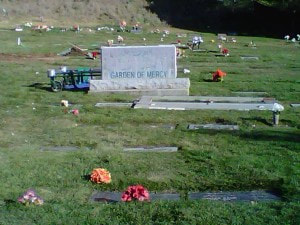 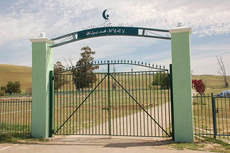 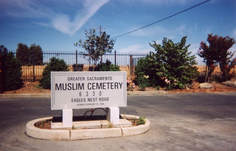 What to do before imminent death?

Family members of the dying person and their most pious friends should be present at their side to help turn the final thoughts to Allah, reminding him or her of all the good deeds they did, about Allah's mercy, and Allah's favors. Prophet Muhammad (PBUH) said: "Let no Muslim die except expecting and hoping the best from Allah" (Muslim).

Family members and friends can advise the dying person very gently (encouragement without insistence) to say the shahada: "La Illaha illallah", which means there is no God but Allah, in a very kind and sincere manner as these may be their last words. Abu Saeed Al-Khuduri reported that Prophet Muhammad (PBUH) said: "Help Muslims who are dying to say "La Illaha illallah" (Muslim).

Family members should make Dua (supplication) to Allah to help make the final moments easy, and to forgive them.

All efforts are to be made to fulfill any requests that the person may have before dying.

What to do after death?

Immediately after the death has occurred and it has been verified, close the eyes of the deceased eyes; the mouth and jaws are tied gently with broad bands or pieces of cloth so that they do not remain wide open; the legs should be tied in the same way. The body should be covered, and must always remain covered, preferably with a white sheet of cloth.

Invoke Allah and say: "Inna lillahi wa inna ilayhi raji'un" (To Allah we belong and to Him is our return).

Crying with no wailing is permitted. The prophet (PBUH) wept on the death of his son, Ibrahim, and said:

"The eyes shed tears and the heart feels pain, but we utter only what pleases our Lord. O Ibrahim! We are aggrieved at your demise."

Contact Mohammad Naim Miskinyar (510-393-5648) or Qari Abdul Basir Durani (510-200-4137) for funeral arrangements without delay; relatives and friends should also be notified. The body must not be kept waiting unnecessarily.

Immediate family and friends are to prepare food for the bereaved family for three days.

What information you will need?

When you contact the funeral representative to seek advice, arrange for paper work and cemetery plot, please have the following information available:

Determine if the dying person has any preferences for people who will carry out the Ghusl (washing) and Kafan (burial cloth). If there is none, then the next of male kin to males, and next of female kin to females should be available to perform the Ghusl.

Also, when you talk to the funeral director prepare the following information for the dying person to facilitate the process of obtaining the death certificate and help in finalizing the paperwork:


If the death occurred over the weekend, contact the doctor or hospital to determine if the hospital can store the body over the weekend. Please note that a death certificate must be obtained prior to burial from the County office. Most County offices are open only during weekdays and for a few hours on Saturday. Furthermore, the cemetery does not typically open graves and allow burials on Sundays. As such, in the event of death on Saturday, the burial may have to wait until Monday afternoon.

What can Masjid Abu Bakr Al-Siddiq do for you?

1. Wash the body Islamically (Taghseel)
2. Shrouding body in kafan and placing in a casket (Takfeen)
3. Arrange for the congregational funeral prayer (Janazah)
4. Transport body from Janazah prayer to cemetery
5. Handle final paperwork as well as obtain permits and death certificate

Salat ul Janazah is a Fard Kifayah, and its procedure and details follow the sunnah of the Holy Prophet (pbuh). It is strongly recommended that as many members of the Muslim community as possible should join the funeral procession and Salat ul Janazah:
Abu Hurayrah (ra) reported that Allah's Messenger (PBUH) said:

"A Muslim has five rights upon other Muslims: responding to his Salam, answering his invitation (to food), making Tashmeet when he sneezes, visiting him when he is sick, and following his Janazah when he dies." (Bukhari and Muslim).

Hadhrat Thawbaan (R.A.) narrates that the Prophet (PBUH) said: "The one who observes salaah on the deceased receives the reward of one Qeerat whilst he who takes part in the burial as well will be entitled to two Qeerats and each Qeerat is equivalent to Mount Uhad." [Muslim]

Therefore, he who wishes to proceed with the Janazah should wait until the end of the burial so that he may earn the reward of two Qeerats. Together with this, the greater the number of people attending the Namaaz, the more beneficial it is for the deceased.

Hadhrat Ayesha (R.A.) narrates that the Prophet (PBUH) said: "There is no mayyit (deceased) upon whom a group of one hundred Muslims perform the Janazah Salaah and intercede in his favour but the intercession will be accepted." [Muslim]

The following describes this Salat briefly:

Notes:
(i) It is not obligatory to offer Salat ul Janazah for children who die before attaining the age of puberty as is clear from the following hadith: Aishah (RA) reported : " Ibraheem (ra), the son of the Prophet (PBUH), died when he was eighteen months old, and Allah's Messenger (PBUH) did not pray (Janazah) for him." (Ahmad and Abu Daud).

However, it is permissible to offer Salat ul Janazah for a child including a miscarried fetus. A Hadith recorded by Imam Ahmad reports the Holy Prophet (PBUH) as saying that:"...As for a fetus, the (Janazah) prayer may be performed for it, and Dua would be made that its parents be granted forgiveness and mercy."

(ii) Salat ul Janazah must be offered even for a Muslim guilty of ignoring the teachings of Islam (e.g, Salat, Zakat, prohibition of alcohol and Zina etc.). However, respected leaders of the community should refrain from participating in the Salat ul Janazah as a demonstration of their disapproval of the conduct of the deceased and as an admonition to others. This is fully in accordance with the Sunnah of the Holy Prophet (PBUH).

The famous Islamic scholar Imam Ibn ul Qayyim has commented on this issue as follows:

"It was not a part of the Prophet's (pbuh) guidance and Sunnah to pray (Janazah) for everyone who died afar. Large numbers of Muslims died afar, but he did not pray for them.

On the other hand, it is authentically reported that he prayed Janazah for an-Najashi. Three opinions resulted from this:

The following is a brief description of Salat ul Janazah:


This would complete the Salat ul Janazah.